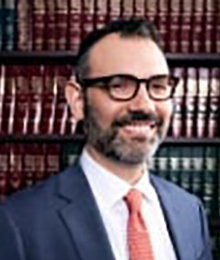 Scott Levy was born in San Francisco and raised in the Bay Area.  After earning his Bachelor of Arts degree in History from the University of California at Berkeley, Scott moved to New York City to attend law school at Fordham University.  While in law school, he clerked for the U.S. Attorney of the Southern District and worked on the Urban Law Journal, addressing policy issues affecting everyday Americans.

Since becoming an attorney, Scott has successfully represented injured individuals in a variety of class-action lawsuits.  He is licensed to practice in both California and New York.  He returned home to the Bay Area in 2018 and when not arguing for the rights of his clients, fills his free time with hiking, cooking, cycling, and chasing around his toddler.