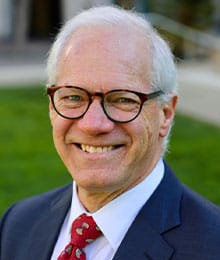 Anthony Petru was born in Billericay, Essex, England on April 23, 1954 to Czech émigrés. His family settled in Southern California in 1960. He moved to Northern California in 1972 to attend UC Berkeley. Anthony graduated from Berkeley in 1976 with Honors in American Studies. He graduated from the University of San Francisco Law School in 1979. While in law school, he was honored to extern with the late California Supreme Court Justice Frank Newman. Additionally, he interned with the San Francisco District Attorney's Office, Consumer Fraud Unit and the U.S. Attorney's Office, White Collar Crime Division. Anthony's first, and only legal job after graduation has been with Hildebrand, McLeod & Nelson.

Since 1980, Anthony has represented men and women of virtually every craft from every railroad in the western United States.

Anthony has procured numerous million and multi-million dollar verdicts and settlements. In addition to railroad work, Anthony has represented consumers in a wide variety of cases including product liability, medical malpractice, wrongful termination, discrimination, bad faith insurance practice, and automobile cases. In those cases, he has also earned million-dollar recoveries.

Anthony has been dedicated to advancing the ethical and professional practice of representing consumers, workers, and other individuals. He has been a member and a speaker for the American Association for Justice, the Consumer Attorneys of California, the Alameda-Contra Costa Trial Lawyers Association (for which he has served on their Executive Board since 1987 and was president in 1994), the Alameda County Bar Association, the Alameda Democratic Lawyers Club, and has been found to possess the requisite skill, integrity and experience in the special art of advocacy by his peers to have been elected into the American Board of Trial Advocates. He has been selected as a Lifetime Achievement recipient of America’s Top 100 Attorneys for Northern California and has been elected as a life member into the National Registry of Who's Who.

Anthony is also a member and Board Member of ARLA, the Academy of Rail Labor Attorneys. ARLA is a professional association of attorneys representing injured railroad workers or their families. ARLA represents injured workers in their efforts to be compensated fairly for their injuries and promote rail safety and safe working conditions for all railroad employees. ARLA upholds the right to a jury trial for the injured worker and provides continuing legal education through seminars and other educational programs. ARLA also actively participates in protecting the rights of injured railroad workers and their families by participating in critical cases throughout the Courts of Appeal and United States Supreme Court. Anthony has testified before the Federal Railroad Administration on behalf of ARLA as well as before state legislative committees.

Anthony is honored to have been selected as a Designated Legal Counsel for virtually all unions representing the interests of railroad labor.  He is currently serving at the request of the International President of SMART-TD as national coordinator of their DLC program.

He is admitted to all California Federal Courts and is also admitted for specific cases in State and Federal Courts in Washington, Oregon, Idaho, Montana, Utah, Nevada, Arizona, New Mexico, Texas and Ohio.

Since 1990, Anthony has been asked by the Presiding Judges in Alameda and Contra Costa Counties to sit as a Pro-Tem Judge. He has served as an Arbitrator, Mediator and Settlement Commissioner in numerous cases in Alameda and Contra Costa Counties. Anthony has served as a Board member of the PTA at his children's school and has coached soccer for over a decade and has been a licensed soccer referee and little league umpire.

Anthony's hobbies include photography, tennis, camping, reading, and gardening.  Anthony and his wife take the greatest pride in their three children…still.